The Dating Chronicles – The Broken Rule 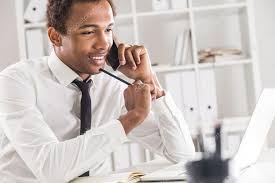 Terry pretended to be deeply engrossed in work on his desk.  He had heard the women coming down the corridor…the usual group who passed his door daily with admiring glances and girlish chatter. He was the new guy in the office and the talk of the company because he was single, handsome, but aloof. At work, he made it clear that he had no desire to participate in friendly banter.  He would smile politely when confronted with a flirtatious smile and keep moving without uttering a word. He viewed most of the women at the office as being more concerned with getting a man’s attention than a paycheck.  He also had a strict personal rule about mixing business with pleasure.

However, as the chatter faded from his doorway, he looked across the corridor at Tess, whose office was opposite his.  Tess, who seldom looked up from her work to acknowledge the presence of others, was the only one who never looked at him adoringly.  The beautiful Tess, as he often thought of her,  was the only one he wished would smile his way, but she didn’t.

Suddenly, he had an uncontrollable urge to forego his one rule.  He stood and scooped a piece of peppermint from his candy dish, walked to the door, and tossed it on Tess’s desk.  It landed, but she never looked up, and he was unable to concentrate for the rest of the day.

Meanwhile, Tess had developed perfect vision above her glasses.  While all the females in the office were smiling at Terry, she was watching him as he watched her. Like everyone else, her stomach fluttered wildly, when she’d first saw him three months ago coming out of the president’s office.  The word buzzed around quickly, that he was the new junior partner, and his reputation as a sharp lawyer had preceded him.  Tess had heard of his staggering looks but was not prepared when she saw him.

As she approached to greet him, she consciously straightened her blouse and hair to back up the welcome smile she hoped would be dazzling.  But when she saw how coldly he spoke to Wendy, (who was the friendliest person in the office) she regrouped.  By the time, he passed her in the narrow hall, her head was in her notepad as if she was in dire search of important information.

As time passed, he became, even more, aloof toward the females who fluttered long lashes at him constantly.  From where Tess sat, the more attention he got, the more distant he became.  So she decided to ignore him as if he didn’t exist.

She never acknowledged him by looking him in the eye.  If she had to talk to him, she never called him by name.  She would smile at everyone around him and never look at him. She would often look up over her glasses and catch him staring at her.  She understood it was because she was not like the others, and he found her disinterest in him intriguing.

She knew she had him when his icy manner finally melted and impulsively, he threw a piece of candy to get her attention.  She was amused and tickled, but not enough to respond.  That small act let her know that he was beginning to become unglued from his self-imposed wall, and her silence was caving in the door without knocking.

She decided to bump into him later when he made his daily ritual to the water fountain and return the candy with a smile. When she did, he was suddenly outgoing and full of charm, as he insisted they have dinner together that night, which turned out to be one of many dates.  A year later he proposed and she accepted.