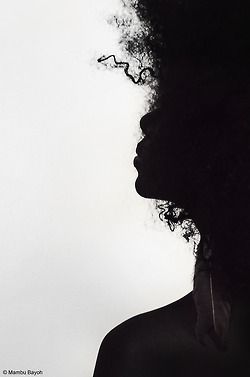 Who’s Done It And Why

“Ghosting” – A term defining the practice of ending a personal relationship with someone by suddenly and without explanation withdrawing from all communication.

In my research, I found several men and women who confessed to being guilty of “ghosting” someone with no explanation and who also agreed to reveal the reasons for their abrupt exits.  Hopefully, their very candid answers will possibly provide some insight and shine a light on all the speculation that usually goes on when someone disappears and cuts off all communication.

Rachel – “I was dating this guy who bragged too much and went to great lengths to impress me with his importance.  In the end, I saw him as boring and not worthy of my time.  But I didn’t tell him that.  I just became unavailable.” Leslie – “He had a persistent body odor and I didn’t know how to tell him. ”Joan – “He was just too cheap, and when he recycled a dog-eared gift to me on my birthday, I stopped answering my phone.”

Mai – “I never respected him.  He was too passive for a man, and when I got tired of speaking up for him, I cut off all communication because I didn’t feel like explaining what I felt.”  Jackie – “He had the worst manners.  He would flirt with other women in front of me, never hold the door for me and compliment my girlfriends.  I just stopped answering his calls.”  Colleen – “He had an identity problem.  I don’t think he knew who he wanted to be.  I suspect he was on the down-low, because of the way he would stare at other men.  I couldn’t express my suspicions, so I cut him off.”

Vicky – “He was a whiner and he leaned on me too much.  He constantly complained about being overlooked and underpaid at work, and was always accusing me of ignoring him for my girlfriends.  I just stopped returning his calls.”  Carol – “He never had the money to do the things I wanted to do, so I stood him up a few times and he finally got the message.”  Missy – “He was just too ignorant of too many of the social graces.  Every time I went out with him in public, I cringed at his behavior.  He would chew gum and put it on the side of his plate when he got ready to eat, and spit on the sidewalk every time we walked down the street together.  When I couldn’t take it anymore, I blocked his calls.”

Carl – “She gained weight, and I no longer found her appealing.  I just stopped calling and answering her calls.”  Al – “She wasn’t as meticulous about her body or her clothes as I needed her to be.  Too often, she would have makeup under her nails and missing buttons on her clothes.  I just stopped calling, and I couldn’t tell her why.”   Terry – “She was just too high maintenance.  Hal – “She was too pushy. She would pop by my house unannounced, bringing me groceries as a “surprise,” and get angry when I didn’t appear appreciative.”  Ken “She wasn’t the brightest kid on the block, and I was temporarily mesmerized by her looks.  One day, when I didn’t return her calls, she showed up at my health club looking for me like the police.  I just stopped being available and she finally got the message.”

Jeff – “Her house was a mess. We had been dating a couple of months and I had been trying to hint to her, but it didn’t work.  So, I just stopped calling.  I know she thinks it was another woman, but it wasn’t.”  Don – “She wasn’t fun to be with. She was a good arm-piece, but she lacked a sense of humor.  Her whole concentration was on us becoming a married couple.  When I met someone more interesting, I just stopped calling her.”  Cliff – “She was just too much into the fake stuff. She wore too much weave, false eyelashes, (which fooled me at first) and fake fingernails, and when she confessed to me that she’d had breast implants, I stopped answering my phone.”  Jimmy  “She complained about everything from walking to the car from the theater, balcony seats, and middle of the room tables in a restaurant.  She would send her meal back four times if it wasn’t prepared properly. I just couldn’t take her anymore, so I disappeared.”