The Dating Chronicles – The Outing 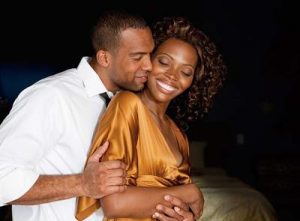 It was loud and noisy as they pushed through the crowd at the popular club.  Val held tight to Don’s hand as they looked for a table.  She didn’t see Johnny until she sat down.

There he was, out on the dance floor oblivious to her and his surroundings – enjoying himself as only Johnny could…happy, carefree, and at peace with the world.  At first, she was embarrassed, because she was out with another guy after having canceled their date due to a “sudden headache.”  But as she watched him dance in his usual awkward style, she suddenly felt relieved.

He’s a nice guy, but he’s just too slow for me.  She looked over at Don, who was charming the waitress with his wit.  His looks and swag had pushed Johnny way into the background.

This is my kind of man…strong, self-assured, and he knows his way around, she thought to herself.  She glanced up again at the dance floor and Johnny was gone.  She scanned the room, but she didn’t see him.  She turned her thoughts back to Don and the pleasure of his company.  This was her first time out with him in public and she was proud to be seen with him.  He was waving now to someone across the room.  I love a popular man, she thought to herself, when he stood and left the table with a promise to return shortly.

When he walked away, she closed her eyes and pinched herself.  She decided to go to the ladies’ room to put on some fresh lipstick.  She didn’t want a thing out of place when he came back to the table.  As she neared the area, she spotted Johnny again, but this time, he did not appear awkward at all, as he stood hovering over a very pretty woman looking down on her as if she were edible.

Her nostrils flared as she stormed off to find Don.  Suddenly, she felt unnerved and angry but didn’t know why.  As she plowed through the crowd on her way back to the table, she spotted Don in a corner talking to another woman and stroking her hair with his face bent close to hers.  She was furious as she turned and headed toward the door.  She’d had enough for one night.

When she neared the door, there stood Johnny, and this time he saw her.  Instead of acknowledging her, he turned and put his arm around the same woman she had seen him with earlier, and the two of them walked out the door ahead of her.