Story Of The Week – Retribution 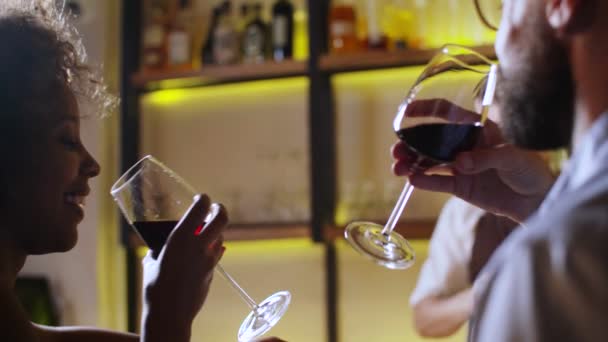 The restaurant had dim lighting, but Ken recognized his ex-wife Marsha from across the room. He hadn’t seen her in two years, and there she sat sharing a toast with a striking stranger engaged in the giggly chatter of newfound love.

From across the room, he studied the two of them. She looked much better than before. Her hair was long and flowing and her clothes were fashionable. The guy was tall with a muscular build and very well-dressed. As he struggled to maintain the mood at his own table, he recalled their breakup and the last time he’s seen her. He had cheated on her and she was begging him to reconsider his decision to leave her. She had stood in the door of their apartment to prevent him from leaving, but he had pushed her out of the way. Her last words had been, “I’ll never love another man.”

For the first time, as he sat watching her, he felt ashamed of his behavior.  As he stole looks in between bites, he began to consciously compare himself with the handsome stranger.  The more he watched, the angrier he became. His date was beginning to sense his discomfort. He was no longer listening to her chatter. He faked a smile when she gave him a quizzical look and asked if he was okay. He had lost his appetite and his interest.

Perspiration began to break out on his face as he fought to look indifferent.  His insides turned to jelly when he caught a glimpse of the stranger putting a ring on his ex-wife’s hand.  She kissed him and he began to feel sick as he watched them rise to leave with their arms around each other.  He had to tell her he was sorry.

Suddenly, without warning, he found himself standing and then rushing quickly through the covered tables. He moved to the door to block her as she tried to depart, but her look of disdain, which was void of surprise, stopped him cold. He groped for words, but none came out, as she walked past him as if she didn’t know him.

With his shoulders slumped in defeat, he returned to his table, but his date was gone.