The Adventure Of Traveling Alone 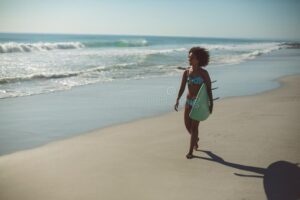 Suzanne, 27, Negril, Jamaica –  “I was bored out of my mind with dating men who turned out to be jerks and girlfriends who lacked the energy and money to travel.  So, I decided to go away on my own to a place I had always wanted to go and had never been. Negril, Jamaica.  I booked a room at the Azul Beach Resort.  I wanted to stay at an upscale hotel because I felt the security would be better. As I stood in line waiting to check-in,   I noticed a man in another line staring at me, and I blushed like a schoolgirl.

He was very handsome and was dressed distinctly in a white suit.  I didn’t see him again until the next day when I was walking across the lobby to the restaurant. He stepped in front of me and asked if I was going on a tour that was about to leave the hotel.   I told him no and he explained that it was his first time in Jamaica, and he wanted to visit all the places he’d heard about.  We began talking and learned that we both were traveling alone. He suggested we tour the island together and I accepted.

At first, I was nervous about joining a stranger.  But then, I remembered that I had come in search of fun and adventure, and I decided to go for it.  After all, I knew how to take care of myself.  We hit Negril in all its splendor like two wide-eyed tourists and had a ball.  When we got back to the hotel that evening, we parted because he had a meeting with a client.  Later that night, he called me to join him for cocktails in the lobby bar, and we sat in the lobby talking until 6:00 a.m.

In the next six days, we toured the island hot spots and ate the hotel’s wonderful cuisine under the beautiful night sky.  On the day I left (he still had business in Negril) he went with me to the airport and presented me with a gold bracelet with the engraving, June 2019, Negril.  He told me he never wanted me to forget what we had shared that week.  But, I never heard from him again. (I wrote, but he never answered my letter.)  However, I’ll always treasure the experience of what we shared and my decision to travel alone. 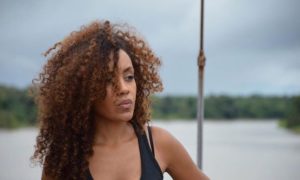 “I wanted to go to Spain and cross over the Gilbrator Strait to Tangiers, which is in North Africa.  I had read a lot about it and I was anxious to go.  For three years straight, I tried, but I could find no one to go with me.  In the fourth year, one of my friends finally saved up enough money to buy a ticket and caught the flu two days before we were to leave.  Reluctant and scared out of my wits, I boarded a plane to Costa Del Sol, Spain.

My adventure began on the plane when a very kind flight attendant seated me in first-class since I was traveling alone.  I sat next to a guy who turned out to be a wealthy Italian businessman from Rome, who was on his way to Madrid on business. Since the flight was eight hours long, we got to laughing and talking, and I ended up teaching him how to play two-hand bid whist. He fell in love with the game and became extremely delighted every time he won a hand.

After I beat him a couple of times in a row, on a whim, he promised to give me a week-long stay at the fanciest hotel in Malaga if I won again.  For him, the bet added even more challenge to the game as he tried his best to win.  But in the end, I won.  And thanks to him, and his sportsmanship, when I arrived in Spain, I was put up in a magnificent suite in a small exquisite hotel that sat quietly and elegantly on the edge of the Mediterranean Sea.

I was given a private car  (a Mercedes Benz with an English chauffeur) who waited daily for instructions on where I wanted to go.  I also had round the clock maid service (one cooked my meals, while the other ran my bath and took care of other incidentals.)  It was the most incredible time of my life, and it ended with me taking an hour’s ride from Costa Del Sol, Spain across the Strait of Gibraltar in a hydrofoil boat that flew across the water like an airplane and landed me on the continent of North Africa.

When I stepped foot onto the soil of my forefathers, I experienced a spiritual connection with the land.  By the way, on the tour through Tangiers, Morocco, I met a handsome soldier from Egypt, with whom I’ve been corresponding ever since.”