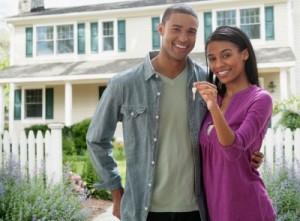 Imagine this…The lights are low, and the music is soft.  And you…you’re dazzling in an outfit that costs almost as much as your son’s tuition last year.  At the moment, you’re sitting across the table from a man who seems like he was catalog ordered, especially for you, from the Master Matchmaker.  He is tall, your kind of cute, resplendently dressed, articulate, and available…or so you think.

Samantha met her “dreamboat” and married him three months later.  They moved into her home, which she’d purchased the year before.  Three days after the wedding, however, she came home and found her house empty of all, but an old chair that belonged to her late grandfather.  This included her clothes, her dishes, and her new husband.  When she stopped crying, she found out they weren’t legally married, because he was still married to another woman in another state.

Sokorra was out on a date with a guy, whom she felt had some serious potential.  All evening she was pinching herself at her good luck.  When they left the theater, he told her he had to stop by a friend’s house to pick up some money owed him.  She became uneasy as she sat alone in the car waiting on Prince Charming to come out.  Her instincts kept telling her to leave, but her feet wouldn’t move.  Minutes later, the guy came out with a woman following behind him.  They were arguing, as they approached the car, and Sokorra saw a knife in the woman’s hand.  She quickly called the police on her cell phone and locked the doors.  (The guy had left his keys in the ignition)  Before she knew it, the woman was pounding on the windows threatening to kill her, because she was out with her man. The police arrived quickly and subdued the woman, just as she was going after the guy with the knife.

Peggy dated a guy for two months whose home she had never visited.  He often talked of a roommate named Sam, who she had never met, and she was curious.  One day, after arriving at the conclusion that it was time she visited him for a change, she broke a serious social rule, by dropping by his house without calling.  Reluctantly, he let her in and she was scared out of her wits when she walked in and discovered that “Sam” was a nine-foot python wrapped casually around the body of her boyfriend.  She broke her foot running back down the stairs.

Kelly did something really stupid and ended up paying a dear price.  She met a guy in a bar and ended up that same night with him in a hotel room.  He raped, beat her, handcuffed her to the bed, and stole her car.

These stories and incidents are shared for those out there meeting strangers all the time and may have their radar off.  Too often, we let people into our lives who never should have gotten past the front gate.   Many of us do this because we’re a bunch of hopeless romantics who hope and pray that this new encounter will be the end of the search. Be careful out there.