Celebrating Women Who Made History 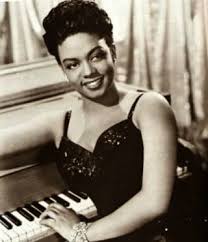 Hazel Dorothy Scott (1920-1981) was a Trinidadian-born jazz and classical pianist, singer, and actor. She was a critically acclaimed performing artist and an outspoken critic of racial discrimination and segregation. She used her influence to improve the representation of Black Americans in film. Born in Port of Spain, Scott moved to New York City with her mother at the age of four. Scott was a child musical prodigy, receiving scholarships to study at the Juilliard School when she was eight. In her teens, she performed in a jazz band. She also performed on the radio.  She was prominent as a jazz singer throughout the 1930s and 1940s. In 1950, she became the first black American to host her own TV show, The Hazel Scott Show. Her career in America faltered after she testified before the House Un-American Activities Committee in 1950 during the McCarthy era. Scott subsequently moved to Paris in 1957 and began performing in Europe, not returning to the United States until 1967. She married the popular congressman Adam Clayton Powell, Jr. in 1945. 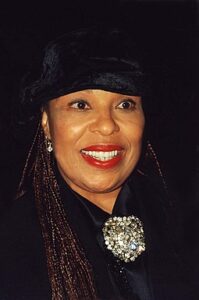 Roberta Flack (1937 – ) the singer-songwriter was born in Black Mountain, North Carolina, and is the only solo artist to win the Grammy Award for Record of the Year in two consecutive years: “The First Time Ever I Saw Your Face” won at the 1973 Grammys and “Killing Me Softly with His Song” won at the 1974 Grammy. Before becoming a professional singer-songwriter, Flack was a high school music teacher.  Flack began singing professionally after being hired to perform regularly at Mr. Henry’s Restaurant, on Capitol Hill, Washington, DC in 1968. Jazz Great Les McCann discovered Flack singing and playing jazz in the nightclub. He later said on the liner notes of her first album First Take, “Her voice touched, tapped, trapped, and kicked every emotion I’ve ever known. I laughed, cried, and screamed for more…she alone had the voice.” Very quickly, he arranged an audition for her with Atlantic Records,

Her Atlantic recordings did not sell particularly well, until actor/director Clint Eastwood chose a song from First Take, “The First Time Ever I Saw Your Face” for the soundtrack of his directorial debut Play Misty for Me; it became the biggest hit of the year for 1972, spending six consecutive weeks at #1 and earning Flack a million-selling Gold disc. It finished the year as Billboard’s top song of 1972. The First Take album also went to #1 and eventually sold 1.9 million copies in the United States. Eastwood, who paid $2,000 for the use of the song in the film has remained an admirer and friend of Flack’s ever since. 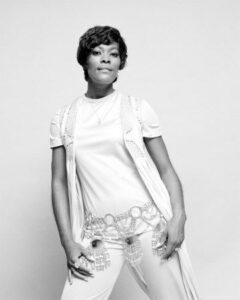 Dionne Warwick (1940 – ) the popular singer was born in Orange, New Jersey, and earned her first Grammy Award in l968.. That same year, she made history as the first African-American woman to perform for Queen Elizabeth II in England. Warwick ranks among the 40 biggest hitmakers between 1955 and 1999, based on her chart history on Billboards Hot 100 pop singles chart. She is one of the most-charted female vocalists of all time, with 56 of her singles making the Hot 100 between 1962 and 1998 (12 of the Top Ten), and 80 singles in total – either solo or collaboratively – making the Hot 100, R&B and/or adult contemporary charts. In 1980, Warwick won the NARAS Grammy Awards for Best Pop Vocal Performance, Female for “I’ll Never Love This Way Again” and Best R&B Vocal Performance, Female for “Déjà Vu”.

She became the first female artist in the history of the awards to win in both categories in the same year. Warwick ranks among the 40 biggest hitmakers between 1955 and 1999, based on her chart history on Billboard’s Hot 100 pop singles chart. She is one of the most-charted female vocalists of all time, with 56 of her singles making the Hot 100 between 1962 and 1998 (12 of the Top Ten), and 80 singles in total – either solo or collaboratively – making the Hot 100, R&B and/or adult contemporary charts 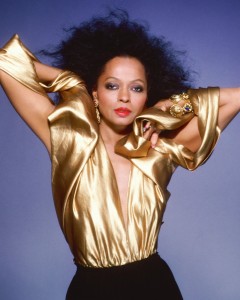 Diana Ross (1944 – ) singer and actress who was born and raised in Detroit, Michigan, rose to fame as the lead singer of the vocal group The Supremes, who became Motown’s most successful act during the 1960s and one of the world’s best-selling girl groups of all time. They remain the best-charting female group in US history, with a total of twelve number-one, hit singles on the US Billboard Hot 100 Following her departure from the Supremes in 1970, Ross embarked on a highly successful, globally ground-breaking solo career in music, television, film, and stage. Ross’ eponymous debut solo album that same year, featured the US number-one hit “Ain’t No Mountain High Enough” and the music anthem “Reach Out and Touch (Somebody’s Hand)”. She continued her successful solo career by mounting elaborate record-setting worldwide concert tours, starring in a number of highly watched prime-time television specials.

She achieved two more US number-one singles, “Upside Down” (1980) and “Endless Love” (1981),). In 2019, Ross made history by charting four more number-ones on the US Billboard  Dance Chart in just two years with remixes ‘Ain’t No Mountain High Enough 2017’ in January 2018, ‘I’m Coming Out/Upside Down 2018’ in August that year and ‘The Boss 2019’ in April 2019. Ross was also named the “Female Entertainer of the Century” by Billboard in 1976. She is the only female artist to have number-one singles on the Billboard Hot 100 as a solo artist, as the other half of a duet, as a member of a trio, and as an ensemble member.