If Feelings Begin To Fade …Try These 7 Things…

If Feelings Begin To Fade… 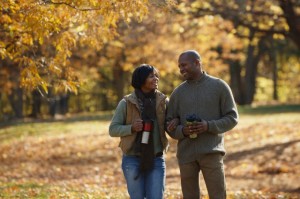 If your guy appears to be losing interest, there could be several factors involved.

Note: Most people have a problem with rejection, but men seem to have a harder time.  A guy can make a decision to space on a mate until it appears that the mate has similar ideas, at which time, his state of interest can change from a certain lack thereof to undying devotion.  One advantage men seem to have over us is their ability to act in a way that is totally opposite to what they feel.  With them, it’s mind over matter.  (A lesson that could well be learned by every woman involved in a serious relationship.)  It is agreed in most philosophical circles that it is not always best to express what one is truly feeling.

However, my feelings are (in addition to this truism,) that there are many forms of expression and one must be creative and determined enough to find those ways which succeed in communicating what needs to be said.

If you are involved in a relationship and your mate starts withdrawing with certain questionable behavior, then you must act according to your interest level.  Forget your curiosity and your need to know what is going on.  Simply do the following…

If your staged presentation succeeds in re-vitalizing their interest, do not resume the former posture of predictability.  Stick with what works!