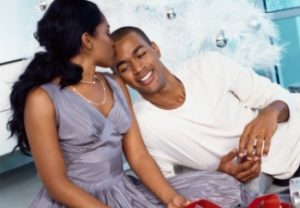 Carol:  “After going on three dates with this one guy, I discovered he wasn’t a gentleman.  Though he was absolutely beautiful to look at, and I hadn’t met anyone so interesting in a while, I knew he wasn’t the one for me.  He didn’t hold doors, and he didn’t introduce me to anyone when we encountered others he knew. However,  I refused to go out with him again after he showed up at my mother’s home for a family dinner on Christmas Day and didn’t bring a gift for either me or my mother.”

Nadine:  “The night before Thanksgiving, after a month of dating this fabulous guy, he hit me up for a “temporary” loan of $400.00 with some elaborate story about his bank screwing up his account.  Ironically, I had prepared a Thanksgiving spread to impress him with my cooking skills, but I refused his request and ended the relationship.  I told him bluntly that I don’t loan money, and I didn’t respect men who borrow money.”

Lonnie:  “After several strikeouts with some real ditzes, I thought I had finally met a woman with some potential.  We had been dating a few weeks, and she had it going on until the night before Christmas. We were out at a crowded club with plans to exchange gifts when we left the club. She had to leave to go to the ladies’ room and when she finally returned to the table, she was giggling and bragging about how several guys had hit on her. It was obvious she enjoyed the attention, but it was really dumb to tell me. I took her home that night, kept my gift, and never called her again.”

Greg – “I had been involved with this woman for about four weeks when we were out having dinner on Christmas Eve and I left the table to get something out of my car. At the door,  I ran into a former female college classmate, who incidentally was very attractive, and stood talking to her about five minutes before I proceeded to my car.  We exchanged numbers and hugged in parting.  When I got back to the table, my date was suddenly sullen and not talking.  When I kept pressing for what was wrong, she accused me of getting “some strange woman’s number” in front of her face and disrespecting her.  Needless to say, I broke it off with her that night because I can’t stand jealous women.   I ended up spending Christmas alone.”