Are You A “Love Chaser?” 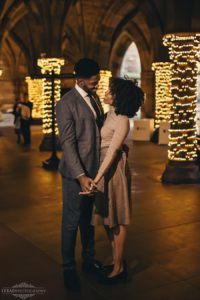 My friend Susan loves to say, “George and I” or “Frank and I.”  For her, having a new boyfriend is as thrilling as a roller coaster ride.  Another friend gives away her number to whoever asks for it because she feels utterly incomplete without a man attached to her side.  She rushes into “love” faster than a train going through a dark tunnel.

On the second date with a very handsome fireman, I watched as she put an overnight bag in her car, just in case she was invited to spend the night.  Each time she meets a new man, she dives into the relationship as if her life depended on it.  She usually abandons friends, family, and responsibilities for the euphoric feeling of romance. Unfortunately, her “bouts of love” never last long.

Studies show that a great number of women prefer being in love over being successful, and too many have been known to rush headlong into relationships with love on the wings of their hearts long before things get off the ground.

One woman of means had dinner with a sports-minded gentleman one night, (their second date) and when he mentioned that he was a golf enthusiast, she surprised him with an expensive set of golf clubs the next day. When I asked why she had done such a thing, she explained that she had to outshine the competition.  However, when the guy returned the clubs and ceased calling her, she felt stupid.

What about you?  Are you one of those women who falls in love at the drop of a hat and basks in the beauty of it all within minutes after the first kiss?  In other words, do you lust after love?

If any of these applies to you, get hold of yourself and take the time to find out if a person is deserving of your love and affection before you extend it.