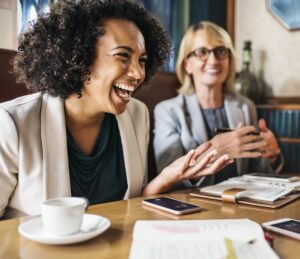 Who doesn’t have at least one habit that drives everyone else insane? You might bite your nails, slurp your coffee or tap your pen incessantly. Annoying? Yes. Serious problems?  Not really.  In the office, however, some habits can go beyond annoying your co-workers; they can damage your career.   For the sake of your career and your co-workers’ sanity, here’s a list of bad work habits that can harm your career and how you can break them. If you’re guilty of one (or more), it’s time to get them under control.

Common Thought: “If it’s only a little late, it doesn’t mean anything.”

What it really says: Your colleagues and boss can’t count on you.

What to do: Don’t view deadlines as negotiable. Remind yourself that people are counting on you to do your job well, which includes completing tasks on time. Even if you just barely missed the deadline and everything turned out OK, you probably caused your teammates a lot of anxiety and extra work, which they won’t forget.

Common Thought: “I’m the office free spirit with a quirky sense of style!”

What it really says: You don’t take the job seriously.

What to do: You don’t have to be a boring dresser to be professional, but you shouldn’t look like you’re about to go clubbing or strutting down a runway. Take a cue from your co-workers to see what’s considered acceptable in the office.

3. Bad Habit: Not being punctual

Common Thought: “As long as I get all my work in, nobody cares.”

What it really says: Your time is more important than everybody else’s.

What to do: Stick to the schedule. Everyone in your office would like to sleep in a little or leave early, but they don’t because people rely on them to be on time.

What it really says:  You’re not doing your job.

What to do: Keep the fun stuff to a minimum. Most employers don’t mind if you check your e-mail every once in a while or read your favorite blog for a few minutes in the morning. They begin to care when you minimize that game of Scrabble every time they walk by your desk. You’re being paid to work, not play.

What it really says: You can’t be trusted.

What to do: Sure, everybody gossips a little here and there, but it shouldn’t be your livelihood. Eventually, you’ll gain a reputation for not keeping anything confidential –whether it’s a personal matter or work-related. Plus, your chattering could end up hurting somebody’s feelings or reputation.

What it really says: You’re the person to avoid.

What to do: It’s natural to grumble about work once in a while. If you gripe and moan when you’re asked to do anything, however, people will not only get annoyed, they’ll wonder why you don’t just quit. Keep in mind that work isn’t always fun; keep the complaints to a minimum.

What it really says: You don’t know how to set boundaries.

What to do: It’s not uncommon for friendships to develop at work, but don’t expect it to happen with everybody. Unless you have reason to do otherwise, treat your superiors, colleagues and subordinates like professionals, not like drinking buddies.

What it really says: You’re not a professional who thinks about the future.

What to do: As much as you dream of telling off your boss or co-workers after you’ve handed in your resignation, restrain yourself. People change jobs, companies merge – someone you dissed in the past may end up being your boss down the road.

9. Bad Habit: Always being the funny one.

What to do: There’s nothing wrong with being funny – most people do like a good sense of humor. Just remember that not everybody wants to hear your sarcastic quips and “Godfather” impersonations every five minutes.

10. Bad Habit: Forgetting you have neighbors.

Common Thought: “I’m not as annoying as they are.”

What it really says: You’re inconsiderate.

What to do: Do unto your co-workers as you’d want them to do unto you. Your hour-long conference call on speakerphone is just as irksome to your cube mates as theirs are to you.