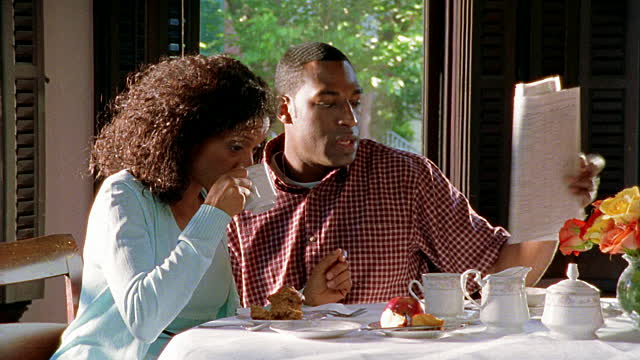 These are the dates that are seldom talked about.  They’re the ones where maybe you started out with a lot of hope and your hope died before the evening was over because something bizarre and unexpected happened.

For me, it was my first date with a guy I’d met at a party.  We had gone to dinner and at the end of the evening, he charmed me into going by his apartment.  However, when we got on the elevator, he dropped his keys, which fell down the elevator shaft.  Since it was midnight, there was no way for him to retrieve his keys, so he ended up talking me into letting him spend the night on my couch.

I was apprehensive but felt compelled to say yes.  At 3:00 a.m., I was awakened by the touch of his hand on my leg underneath my blanket.  When I protested, he slapped me and told me to shut up.  Remembering I kept a small handgun underneath my pillow, I reached for it and pointed it in his face.  I clicked the barrel of the gun to demonstrate my ability to use it, and he ran out the door so fast, he left his shoes.”

Selena – “This guy, who I thought had a lot of potential, took me to his friends’ house on our first date for what he called a small get-together.  I was sitting in the kitchen involved in a big political discussion with him and some of his friends when a new group of people came in the door.  After they came in, I noticed that he became distracted.  Then he excused himself “for a minute,” and never came back.  Later, I learned from one of his friends who ended up taking me home, that his ex-girlfriend had shown up unexpectedly, and he had left with her.  I never heard from him again.”

Diane – “It was the day before New Year’s Eve and I didn’t have a date.  I was wracking my brain for a possibility when thought of my brother’s friend who I met two days before.  He had been with someone else when the introductions were made, but he had held my hand longer than necessary.  Suddenly, I wanted to know more about him since I noticed he wasn’t wearing a wedding ring.  I reached for the phone to call my brother and the phone rang.  It was him asking me if I were busy on New Year’s Eve.  I told him, no.  However, it turned out he was trying to find a date for his friend.  I was totally embarrassed, but I agreed to go.  It was the worst New Year’s Eve I’ve ever had.  The guy was seven inches shorter than me and all evening he kept referring to how tall I was.  I ended up catching a cab home alone before the clock struck twelve.”

Jimmy – “I was out on a date with a real classy woman at a very classy restaurant when I spotted my ex-wife come in the door.  When she spotted me, she left her party, came over and sat down at my table, introduced herself to my date as the mother of my children, and the woman “he’ll” always love, and abruptly left.  My date was cool and appeared unruffled by the incident until we left the restaurant.  When we got outside the door, she informed me that she didn’t want to date a guy with a crazy ex-wife, wished me luck, and walked away.”

Corina – “I was out on a date with a guy I’d been dating a few months when suddenly he passed out in the middle of dinner.  The paramedics were called and revived him.  After he woke up, they began questioning him about any medications he was taking and when I heard him say he was being treated for HIV, I almost passed out.  I was so shocked because he looked completely healthy.  Unfortunately, we never spoke again.”