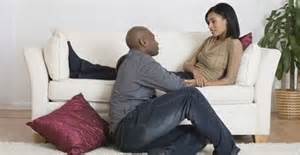 Q.  I have an ex-boyfriend who is trying to come back after a heart-breaking incident that left me scarred for life. Four years ago, he told me he was going away to a family reunion and went on his honeymoon instead. Later, I found out that he married a girl who worked in his office. I loved him, so at first, I felt hatred and it had begun to consume me until I started going to church.  Now he’s back, “repentant.”  He’s divorced now and confessing his love for me.  He’s bombarding me with talk of making everything up to me.  I think I still love him.  I know I must forgive him for what he did, but do you think I’d be stupid to resume our relationship?  I have not told a soul about his reappearance, because I’m afraid of what people will say.  I’ve heard that to forgive means to forget.  What do you think?

A.  I think stupid is an appropriate word. Deceitfulness is an unkind act that is seldom healed by “repentance”.  By the way, forgive and forget means not to hold a grudge, it does not mean you should go back into the lion’s den, and fraternize with the same lion that bit you.

Q.  I love a man who loves another, but I can’t seem to let go of him. When he told me he was marrying someone else, I considered ending my life.  How can I get him out of my mind and my heart?

A.  I’m dumbfounded.  Why isn’t the fact that he doesn’t want you enough to get him out of your mind?  Where is your self-esteem?  Frankly, I think you’re being a brat.  You lost, and you sound like a poor loser.  Pray and ask God to move him off your heart.  You can’t always win, or have everything you want.  Get over it!