Lover Alert! 5 Ways To Tell He Has Potential 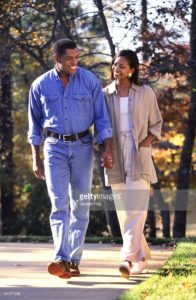 We’ve all had them—those “I can’t believe he did that!” moments on first dates.  I went on a dinner date once with a guy who took a 10-minute call from his mom during our meal.  Another really cute guy invited me out for coffee and asked for my share — all of $3 — when it came time to pay the bill. We polled experts and frequent daters to help you detect early tip-offs that he’s got serious boyfriend potential.  Here’s what to look for…

Is He Kind?  When you dine out…Does he thank the valet/attendant as he hands over his keys?  Is he polite to the waiters and the busboys, too?  Consider this your good-guy alert.  A man who can treat people well no matter what their income level or ‘station’ in life will also treat you in a more considerate way.  The guy who considers himself above the taxi driver or doorman, on the other hand, may soon act like he’s better than you.  And if your date is gracious about a mishap (from his burned steak to that nick on his car), give him extra points: He’s likely to stay calm under all kinds of relationship pressure.

He Asks Good Questions.  A guy who asks you questions about you rather than reciting his resume is someone who is capable of caring about someone else. On the other hand, if you can’t get a word in edge-wise, either the guy is narcissistic or very insecure.  Having gone with both types,  Kelly now knows to tune her radar to what she calls The Ratio: how much he talks about you versus himself.  “If he’s an active listener and follows up on questions he asks you, you know he’s genuinely interested and not just going through the motions,” she says.

He’s Not Glued To His Phone. Unless he’s an on-call surgeon or volunteer fireman, his phone should be in his pocket.   If he takes casual calls during your date, he has other priorities, and you may always come in second.  Ask yourself this:  Do you want to get involved with a guy who can’t go two hours without talking to his broker?  Or his buddies?   Or his ex?   For sure, lots of us take calls 24/7.  But that’s why a guy’s refusal to text or talk during your date is so telling.  It implies you are more important than a random call, and he wants to be fully present for your night out.  Bottom line:  He’s not the kind of guy who’s always hoping for better plans to come along.

He Doesn’t Brag About What He Has.  Or that he made a killing in the real estate market. Or how much his Benz set him back.  “Guys who talk about how much things cost, especially to a virtual stranger, are basically insecure,” says Terri Sloane, a matchmaker and relationship coach in New York City.  “They use money as a hook to catch women.”  Remember, just because a guy spends a lot of money on himself, doesn’t mean he’ll lavish it on his girlfriend.  In fact, people who have to tell you the price of everything are often cheap.  Ask Christie “On more than a few occasions, guys have name-dropped all the exotic and expensive places they’ve vacationed.  They’re basically shallow and insecure. What a turn-off.”

He Gazes At Your Face. That’s instead of your décolletage, the mirror behind your head, or the 16-ounce porterhouse on his plate. A guy who focuses on your eyes when you’re talking may be looking for a deeper connection.  By paying particular attention to your face and therefore giving himself the ability to pick up your verbal and non-verbal cues, he’s telling you that understanding you are important to him.  Worst of all is that first date who can’t help but check out every model type who trots by If his eye wanders on your first date, imagine how his eyes will wander once he gets to know you.