My Best Date Ever! 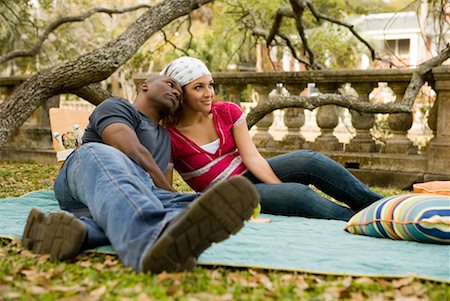 Susan:  “My boyfriend had suddenly stopped seeing me with no explanation after two years of marriage talk.  After four weeks passed without a word, he called one morning and asked me to dinner that night.  I had been so blue the night before and had spent the whole day on the phone being comforted by friends because the next day was his birthday.  I’d heard he was seeing someone else, and I was distraught.  However, I was delighted when he told me at dinner, for the first time that he loved me and that he hadn’t realized it, until he stopped seeing me.  He presented me with a dozen roses and a promise ring from Tiffany’s.”

Nancy:  “It was my birthday and I had been feeling sorry for myself all morning, as I slowly dressed for work.  It was the third birthday in a row where I had no one special to share the day with.  However, when I got to work that morning, there was a beautiful birthday card sitting on my desk from a guy at work, who I secretly admired.  I had been trying to get the nerve up for months to approach him and I was pleasantly surprised when I opened the card, which held a gift card to Starbucks.  I went to his office to thank him and asked if he’d like to join me for drinks later and he said yes.  Needless to say, it was the most wonderful day, wonderful evening and the best birthday I’ve had in a long time.  It was a warm Friday night and after we had drinks at a local restaurant, we walked along the beach eating and laughing at how we had both been too shy to approach each other.”

Catherine:  “Last New Year’s Eve, I went to a friend’s party and I went reluctantly. I felt awkward going alone.  I didn’t have a date and I envisioned it to be an evening sitting alone in a corner, while couples mingled happily all around me, but I was wrong.  In the midst of having a wonderful time dancing and meeting new people, I struck up a conversation with a very attractive guy who had just moved here from another city, and was a co-worker of the host.  We ended up talking all evening and at the end of the night when we exchanged phone numbers, he invited me to accompany him to an all-night jazz club.  When we left the club, we sat in his car and talked until the sun came up and then he took me to breakfast.  It was the best time I’ve ever had.”

Stephanie:  “My boyfriend, who had never been typically romantic and was seldom available for a date of any kind picked me up one day by surprise in a chauffeur-driven limo complete with champagne and took me to a fabulous restaurant.  While the piano man serenaded me with my favorite song, he informed me that he was relocating to another city.  As my heart fell in my lap, he took my hand and asked me to accompany him as his wife, and gave me 48 hours to pack.”

Tom – “I’d had a bad day at work when some co-workers insisted I join them for drinks at a local bar.  It was Friday, and I had recently broken up with my girlfriend, whose calls I’d been ignoring all day.  We’d had a big fight over some decisions I made that she didn’t approve of, and I was really stressed out when I walked into the bar.  However, my spirits were quickly lifted when my girlfriend walked in apologizing profusely holding up two concert tickets for my favorite artist, who was in town. We made up to roaring applause.  It turned out she had talked my co-workers into helping her surprise me, and we ended up having the best time we’ve ever had since we’ve been dating.”

Greg – “On a warm beautiful summer day, my girlfriend suggested that we take a ride up in the country because she had a surprise for me.  She packed a picnic lunch complete with our favorite wine.  We drove past many cows and cornfields before we came upon a place that had hayrides, square dancing lessons and a beautiful picnic area.  It was one of the best days of my adult life because I had so much fun.”