The Dating Chronicles – One More Time… 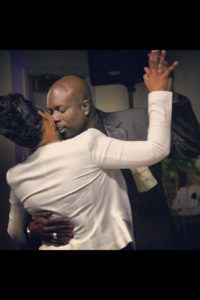 Karen’s spirit was sullen, as she sat watching the beautiful people gather at yet another  popular club. She was out seeking the company of a man only because she wanted to be held, but she was not comfortable.  The pain of past encounters now stifled her desire to love and be loved.  Her passion had died with the last failed relationship.

Now, she had a different agenda.  From now on, she would not love for free.  If a guy couldn’t offer her money or status, she would not waste her time.  For her, it would ease the anticipated pain and disappointment that always came when she focused her attention on being cherished. She would no longer be dazzled by good looks, charm and sex.

Suddenly, she felt someone staring at her.  She looked up into the eyes of a man who was standing across the room.  Her heart leaped in her chest.  His eyes were hypnotic as she began to return the stare unwittingly.  He smiled slightly, in confident knowledge of his power, and she returned his smile totally against her will.

He was lean and tall, with ebony skin that glistened in the dim lighting. He nodded toward the dance floor without taking his eyes off her, and she rose from her chair, as if he had reached for her hand.  The soft beat of the music embraced her as she walked slowly toward him.   Someone called her name, but she could not stop.  The other figures in the room disappeared in the shadows, as he stood with his hands in his pockets, waiting for her to reach him.  She could hear herself breathing, as she prayed silently, that he was as engaging as he was enticing.

When she reached him, she slid smoothly into his arms as the music propelled them to move accordingly.  His embrace was strong, and she relaxed slowly in hope that destiny had finally placed her where she was intended to be.  Suddenly, she no longer wanted revenge…she would try once again for love.