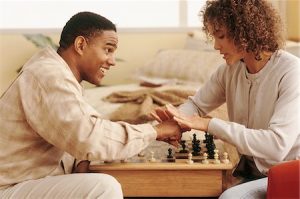 85% – who have never married are against living with a guy before marriage.

27% – married before, prefer living together before marriage.

34 % – think men who have been married before make better husbands.

Specialty classes, the workplace, and wedding receptions are the best places to meet men.

77%    eyes, rippling muscles, and broad shoulders have the most appeal on men.

57%   never knelt in prayer with a special someone.

37%  experienced a long-distance relationship and would never do it again.

52%    had never knelt in prayer with a special someone.

33%    had experienced a long-distance relationship.