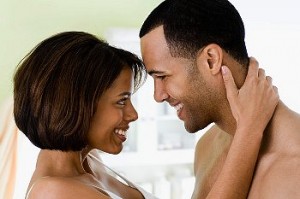 Leah– “I met him one night when I was stranded with a flat tire on a busy highway with no spare tire and a dead cell phone. He stopped to help and ended getting me a new tire that he put on the car and wouldn’t let me pay him.  We’ve been together ever since, and if he doesn’t propose soon, I will.”

Melia – “As a surprise, I quit my job and followed my boyfriend down to Texas because he said his job had transferred him there. I believed he loved me and that he would be pleased that I cared enough to not let distance separate us.  But when I got there, I found out that he moved there to marry another woman.”

Todd – “A friend called me at 3 a.m. to tell me my girlfriend, who is a registered nurse, had just gotten arrested for being in a fight with another woman in a bar. I turned over and went back to sleep.  I’m glad I did because I later found out that the fight was over a guy and while they were pulling each other’s wig off in the street, he drove away with another woman.”

Beth – “I had a weird date recently.  I went to a play on a first date with a real good looking guy, I was very attracted to and I assumed the feeling was mutual since he invited me out.  When the play ended, he drove to the nearest mall because he said he needed to pick up something.  When he returned to the car, he handed me a box of perfume and thanked me for a lovely evening.  I haven’t heard from him since and I’m wondering if it has anything to do with my scent.”