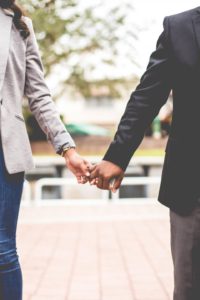 Q.  I was dating this guy I really cared about, and after five months, he abruptly broke off the relationship. My problem is that I had grown very attached to his mother, and she’s having a birthday party that she invited me to prior to the breakup.  I want to go, but my friends say I shouldn’t.  What do you say?

A.  I agree with your friends. If he said goodbye, you need to say it too.  Call the mother and wish her Happy Birthday and move on.  I’m sure your appearance there would be misinterpreted.

Q. I recently asked my boyfriend to buy me a lottery ticket, and I later won $35,000. I don’t wish to share any of my winnings with him, and he is very angry about it.  I feel like he’s imposing on me to even make such a request.  What do you think?

A.  I think your boyfriend is unlucky in love. Shame on you.

Q.  I went out with a woman several times, (who I was very attracted to) before she informed me that she had two kids from a previous relationship. I was immediately turned off because I don’t date women with children.  It’s a personal preference that I don’t apologize for.  I stopped all contact with this person, and she’s driving me crazy with her need to know why.  I have avoided telling her the truth because I don’t want to be mean, but she’s persistent.  Should I tell her my true feelings?…that I don’t wish to be involved with another man’s children.  What do you say?

A.  I say tell her the truth. Sometimes the truth hurts, but she’s asking for it.  Hopefully, she’ll leave you alone.