Street Scenarios: Could This Happen To You? 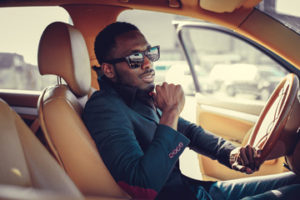 I was on a first date with a nice guy driving a fancy sports car.  We were having a great time laughing and talking after leaving a restaurant that I didn’t even hear the police siren behind us.  When we realized that the police were pulling us over, we thought it was a mistake, but it turned out he had gone through a red light and hadn’t noticed.  Consequently, they ran his plate and discovered a warrant had been issued for his arrest for non-payment of child support.  They made him get out of the car, handcuffed him, and drove him to the police station.  I had to drive his car to the station, and he was later able to bond out.  However, he was so embarrassed, he never called me again.

Some people who have had minor scrapes with the law (say, traffic violations) discover later on that there are arrest warrants for them and they can’t figure out why.  Did you know that ignoring a court summons could result in a warrant being sworn out?  Even people who have had a brush with the legal system can remain ignorant of how it actually operates, or perhaps they figure, “Out of sight, out of mind.”  Justice is blind, but cops aren’t.  Advances in computer and Internet technology are making it harder to jump warrants or elude parking fines.  In a society where so many people are caught up in the penal system, ignorance of the law is no excuse.  Be smart.  Do whatever is required of you.

My cousin was once pulled over for running a stop sign and was taken to jail because there was a warrant out against him for non-payment of alimony.  Court decrees on alimony and child support must be paid.  Not doing so could result in default, garnishment of wages, cancellation of visitation or custody rights, and public embarrassment.  You’d be surprised where this information could turn up. Your kid could also grow up hating you.  Alimony and child support issues, just like warrants, debt, and taxes, don’t just go away without being settled.