The Dating Chronicles – On The Rebound 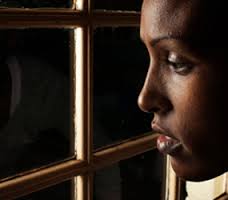 Beth was mild-mannered and very controlled.  She had been seeing Hank now for six months and she had known the risk.  He had been on the rebound from a longtime relationship when she first met him.  But, he had been irresistible. She knew he still loved the woman, who had left him for another man. She tried to keep her feelings in tow until she felt convinced of his recovery, but it had been rough.

She had secretly discovered a number of suspicious text messages from him to her that indicated he was still hooked. But when she confronted him about his feelings for his ex, he claimed he had none.

Now, as she stood in the window watching for him and hoping he would come, she felt stupid.  She wished she had listened to the warnings of her sisters.  Oh God, she thought to herself, please let him come!  It had been hours and still, there was no sign of him. This was the fourth time he had stood her up in three weeks.

The tears and anger came together as she realized the truth.  She knew where he was.  Her desire could no longer hide what her heart knew all along.

She dressed slowly as her mind developed a plan.  She drove quietly down the familiar street.  She had been there before in the dark.  The shine on his red car was bright under the street lamps as she passed and parked in front of it.  It was 3 in the morning, but she knew he would there asleep. She felt apprehension as she slowly approached the car with an ice pick in her hand, but the fear seemed to dissolve as each tire went flat. She knew she would never be suspected because she was a police officer. She felt avenged as she got back into her car. Unfortunately, it wouldn’t start.