The Dating Chronicles – The Strategy 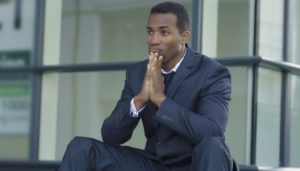 Ben was in awe of his surroundings. As he stood there gaping at the tree-lined pool, he had no doubts, that he was finally where he belonged. He straightened his tie and stretched his body to reflect a perfect posture, as he saw his boss heading his way with his daughter in tow.

His usual high standards for women, would have no place here, he thought to himself. He didn’t care how she looked or how dumb she was, he was in love already and ready to go. He knew the only way to get to the top of the company was to hook up with the daughter. He had felt honored and pleased when his boss invited him to the family BarBQ, but not surprised.  It was rumored throughout the company that Mr. Standish did not invite his employees to his home. But he understood well, that he qualified as an exception. After all, he was the second most dynamic force in the company and the best looking male.

He knew he had never married for a reason and now it was about to pay off. They were getting closer now and he watched as the daughter stayed obediently in her father’s shadow. She would be easy to handle, he thought to himself, as he strained to get a better look. She didn’t look bad from a distance and as they got closer, he could see she was pretty. As they got within two feet of him, a tall guy with a husky build joined them, by patting Mr. Standish on the back and kissing the daughter on the cheek.

He must be the son, Ben thought to himself as he prepared to smile in greeting. His heart was beating fast. Beaming proudly, he extended his hand when his boss reached his spot.  His boss spoke proudly. “Ben, I want you to meet my daughter and my future son-in-law. They’re getting married next month.”

Ben was momentarily stunned, but unfazed.  As his boss continued the introductions, Ben’s mind wandered as he regrouped his thoughts.   He realized that a month didn’t’ really give him enough time to steal the daughter away, but he always fared better under pressure.