“The Foolery Files” – The Things We Do For Love 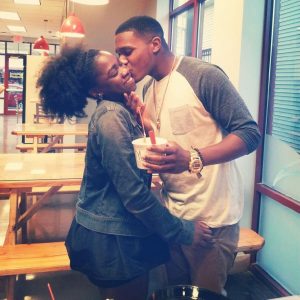 The idea for this article came after I attended a pajama party for a sick friend.  There were over twenty women there, and as we sat around drinking champagne and swapping stories, we laughed at the ridiculousness of our past romantic wiles, and how foolish behavior would take charge when the notion of love slyly beckoned for us to follow it blindly. As we talked, I knew I had to document some of the exchange for a larger audience. The names have been changed for obvious reasons.  I will begin with me…

In college, I fell in love under the spell of the most popular guy on campus.  He had big brown eyes that pierced my soul every time he looked at me.  My dorm room was filled with wedding books with glorious gowns that I saw myself wearing, as I anticipated being chosen as his bride.  However, on his graduation night, he informed me after I caught him in the arms of another woman, that he had secretly gotten married the week before.  He left on his honeymoon the next day.

I was devastated and convinced that my world had come to an end until he called me while on his honeymoon.  He told me that he still loved and wanted to see me when he returned.  I have hooked again, as I rationalized that he had just made a mistake in getting married, and was confused about his feelings.  The honeymoon call was the trick that kept me bound to him for at least two more years until I finally came to my senses.