The Power Of The Mystery Man

The Power Of The Mystery Man 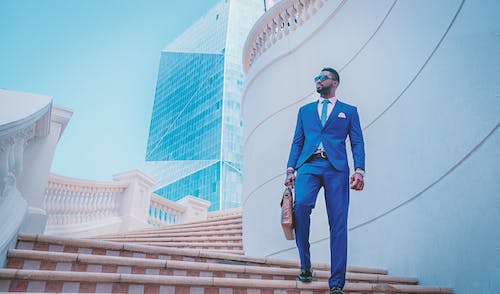 Like most women, who consider themselves accomplished and independent, I’ve always had a strong sense of who I was, sprinkled with sporadic bursts of pride.  But my penchant for strong rugged men with a dubious charm has always been acknowledged by me and scorned by my friends.

The men I chose were almost always physically exquisite with heavy mustaches and sculptured biceps.  For me, their eyes had to intrigue and hold power.  The power that could sit me down from across the room with a look and annihilate the memory of my mother’s admonition to “never submit to a man.”

These men were usually mysterious with a commanding strength that intercepted my need for an intellectual equal or a devoted lover.  Though they were not of my world, I always remained fascinated.  The attraction was due in part to masculine allure and unpredictable behavior.  But despite my hope, it held no staying power.

At the onset of my last relationship, though socially adept, I was often awkward in his presence.  He held me like he was accustomed to the act and I was fascinated by his uninhibited movements.  With him, my usual show of knowledge was seldom on display as he appeared to be in charge, and not interested in my glory.  Through innuendo, he would say, “I like you…maybe,” and I worked tirelessly to hear more.

Unfortunately, too often he was there in body, but off in spirit.  His attention span was short, but I reveled in each affectionate moment that came my way.  And though I often had anxiety about his feelings and/or intentions, I fastened on my blinders and held on for the ride.

I liked the way he stood up to me and challenged my way.  He was also unimpressed by what I represented.  He never fumbled like some and whatever insecurities he had were camouflaged carefully by a controlled ego.

But after a while, when values, needs and mental compatibility were forced to surface, the “bright lights” for me began to grow dim.  His good looks began to fade in priority and we communicated less and less.  There was more emphasis on that which required no talk.  For talking placed emphasis on the wall that was growing between us.

Then suddenly, reality hit, and the picture was no longer darkened by my illusions or needs.  I could finally see that he was different from what I wanted.  And that what I had once viewed as strength was now seen as weakness.  I wanted him, because I had been hypnotized by his mystique.

Thus, feeling the withdrawal of my submission, he suddenly became anxious and uncomfortable in my presence.  Our philosophies clashed with abandoned interest in each other’s lives.

I no longer cared about reciprocation or getting what I wanted.  My infatuation ceased as I began to back away slowly.  It was still hard to give up the feel of those broad shoulders, and being the recipient of that sparkling smile and the unflinching stare.

However, when it was over and I began to scout again, I made a decision to look deeper the next time for the similarities instead of the novelty of difference.  I will continue to look for that outer appeal, but his perspective on life will be more in line with mine, but I wonder if he’s out there.  The search has begun again, but slower than usual.  For the moment I am burdened by fatigue.

Yet, I think I have finally learned the lesson.  I must place less focus on my ideal and begin to seek out real beauty, which is often found on the inside of a man who might not necessarily strike me physically… at first.