Choosing Him: Forget That 1st Impression! 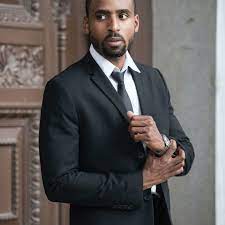 Before you judge the next guy by his “cover” consider these stories.

Jill – “When I first met my guy on a blind date, I couldn’t get past his height. He was 5 inches shorter than me. But by the end of the date, I was so overcome by his personality that he appeared taller than any guy in the room, and I was ready to follow him wherever he wanted me to go.”

Carey – ”The man of my dreams was in a wheelchair the day I met him.  I was at a party with a couple of girlfriends, when I saw this fine man being wheeled into the party.  I was drawn to him immediately.  My friend whispered in my ear that he had MS, but I didn’t care.  All I knew was that I wanted to meet him, and I introduced myself.  It was love at first sight for both of us.  Incidentally, he didn’t have MS.  He was in a wheelchair because he’d had knee surgery on both knees.  I’m just glad I wasn’t deterred by his appearance and what turned out to be false information.”

Bonnie – “I was adamant in believing that one day my prince would come, but when he did, I didn’t recognize him.  He was overweight and by no means my type.  He didn’t fit the photograph I had in my mind until he sat up all night with my sick child like she was his.  Then and only then did I see what Fate intended me to see…the beauty of his soul.”

Liz – ”The man of my dreams had to be more than a man of means, smart, sexy, and funny.  He had to have the capacity to be tender, protective, generous, and the desire to be supportive.  I’ve watched too many of my girlfriends marry these hot guys, who turned cold on them before the honeymoon was over.  One friend expected her temperamental fiancé` to become warm and fuzzy after they were married.  Instead, he got worse and tried to choke her on their honeymoon.  When I finally met him, he was deaf, but everything else was in place.”

Delia – ”Two years ago, I met this guy at the gas pump.  I noticed his car before I noticed him.  He was driving that new Benz, and he climbed out of it like a king getting out of a chariot.  He smiled at me, but I didn’t return it. I thought he was unattractive and definitely not my type.  That is until he spoke with this beautiful voice and asked if he could pump my gas for me.  I told him, yes and we got to talking and blocking the pumps.  We ended up spending the rest of the day together after he invited me to lunch.  I don’t even remember what my plans were that day, but they were definitely put on the back burner.  We got engaged last month and I have never been happier.”